In 2005 I fulfilled a childhood dream of sailing alone across the Atlantic Ocean. I’ve always been into sailing thanks initially to my father, who had been a keen sailor in his youth. He encouraged me from a very young age to read books by famous nautical adventurers such as Joshua Slocum, Francis Chichester and others of their ilk.

The other great influence in my life was my maternal grandfather who lived in the New Forest and kept a yacht on the Beaulieu River. As soon as he noticed my interest in boats he took me under his wing and taught me how to sail, first on his Westerly Centaur and later, when he reluctantly sold it due to advancing years, on a Beaulieu scow. I spent many happy days on my own exploring the muddy creeks of the estuary in it, pretending I was crossing oceans and navigating up unexplored rivers.

He was also an engineer and when he wasn’t sailing he was forever tinkering in his garage, inventing sundry devices for my grandmother and his various lady friends in the village. I loved to help him and he taught me how to fix things and make devices of my own, which all came in very handy later in my life.

During my teens and twenties I had a succession of sailing dinghies in which I had great fun, and then finally I got my first yacht – a Rival 34 called Flogg. I kept her for seven years and had many adventures, including my first solo crossing of the English Channel which was very exciting. I kept her in Poole and spent every summer exploring the south coast of England, the Channel Islands, and the northwest corner of France. 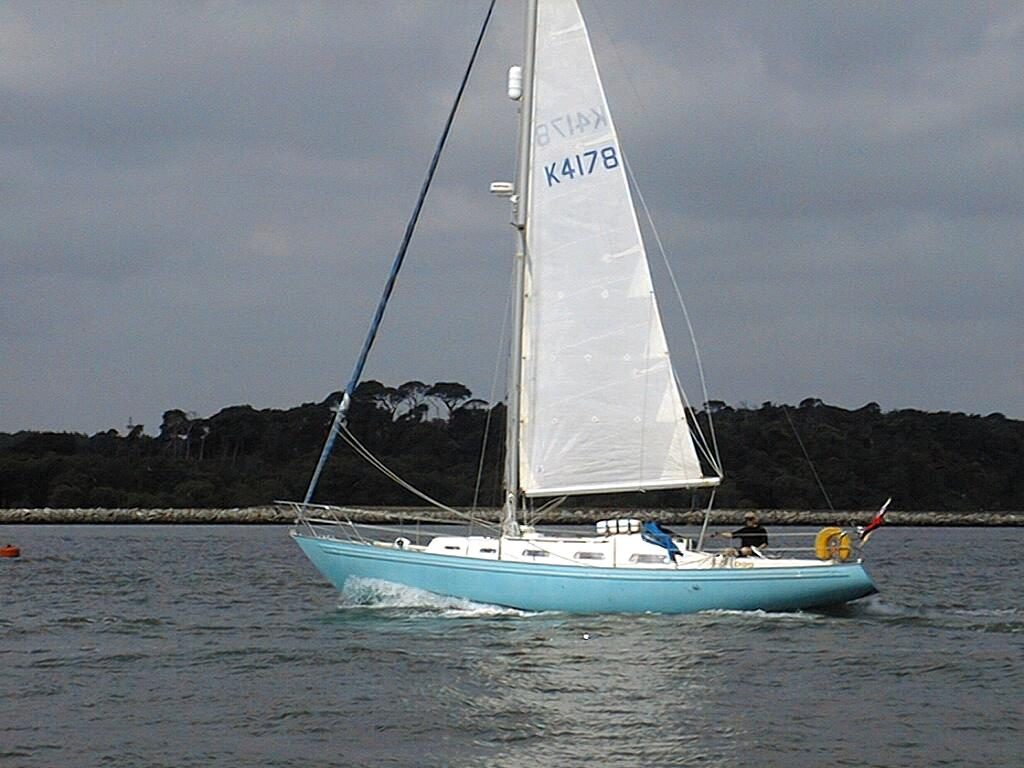 By 2004 I came to the conclusion that it was time for a real adventure and sold Flogg to a good friend who I knew would look after her. In March 2005 I gave up my job and flew out to Florida where I based myself in Fort Lauderdale which is a very popular sailing centre. It also has the advantage of a great beach and excellent nightlife, both of which I exploited fully while searching for a new boat.

By mid April I found one which seemed to fit the bill – Odyssey, a Gulfstar 50 ketch. She was old but solid, and at 50′ had plenty of space to live aboard for extended periods. I spent the next three months refitting her and finally set off into the Atlantic on the 29th July. 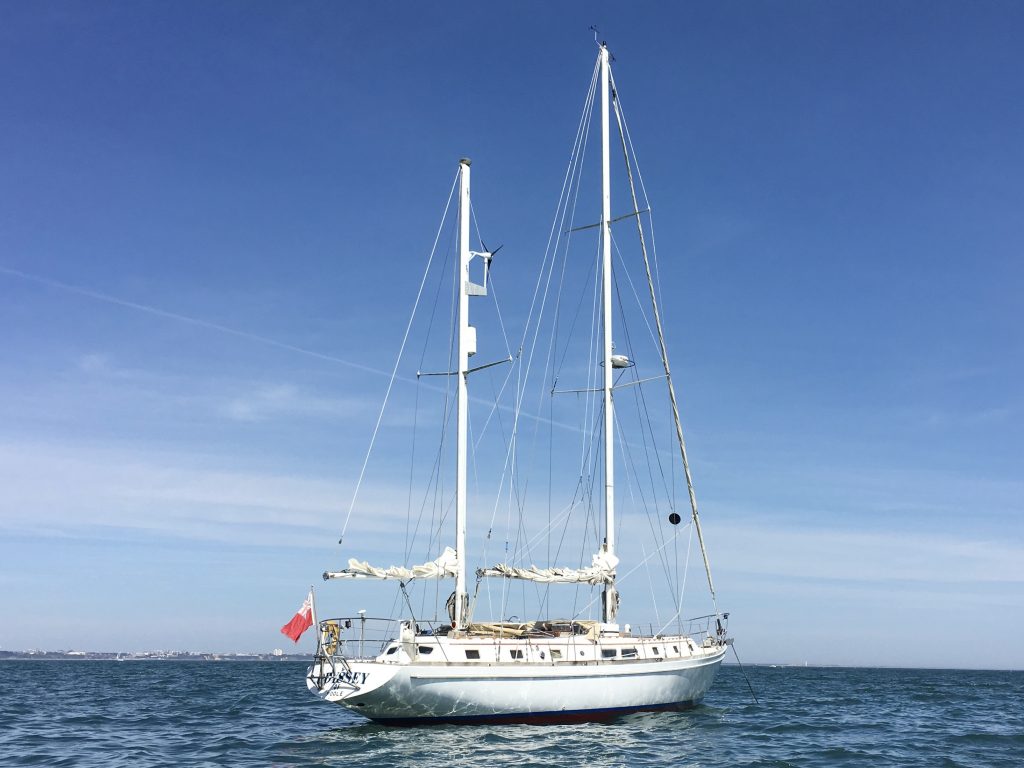 The trip proved to be every bit as exciting as I had always imagined it would be and I loved every minute of it. I encountered several storms including one hurricane, along with plenty of days of flat calm. I had a fair few equipment problems but luckily nothing serious and I was able to fix everything on the way. By the time I arrived in France I felt thoroughly at home on the ocean and can’t wait to do it again!

As for my next adventure, I’m still in the process of planning it but hope to set sail again one day to head south and spend a year or two exploring the Mediterranean. After that, who knows?!