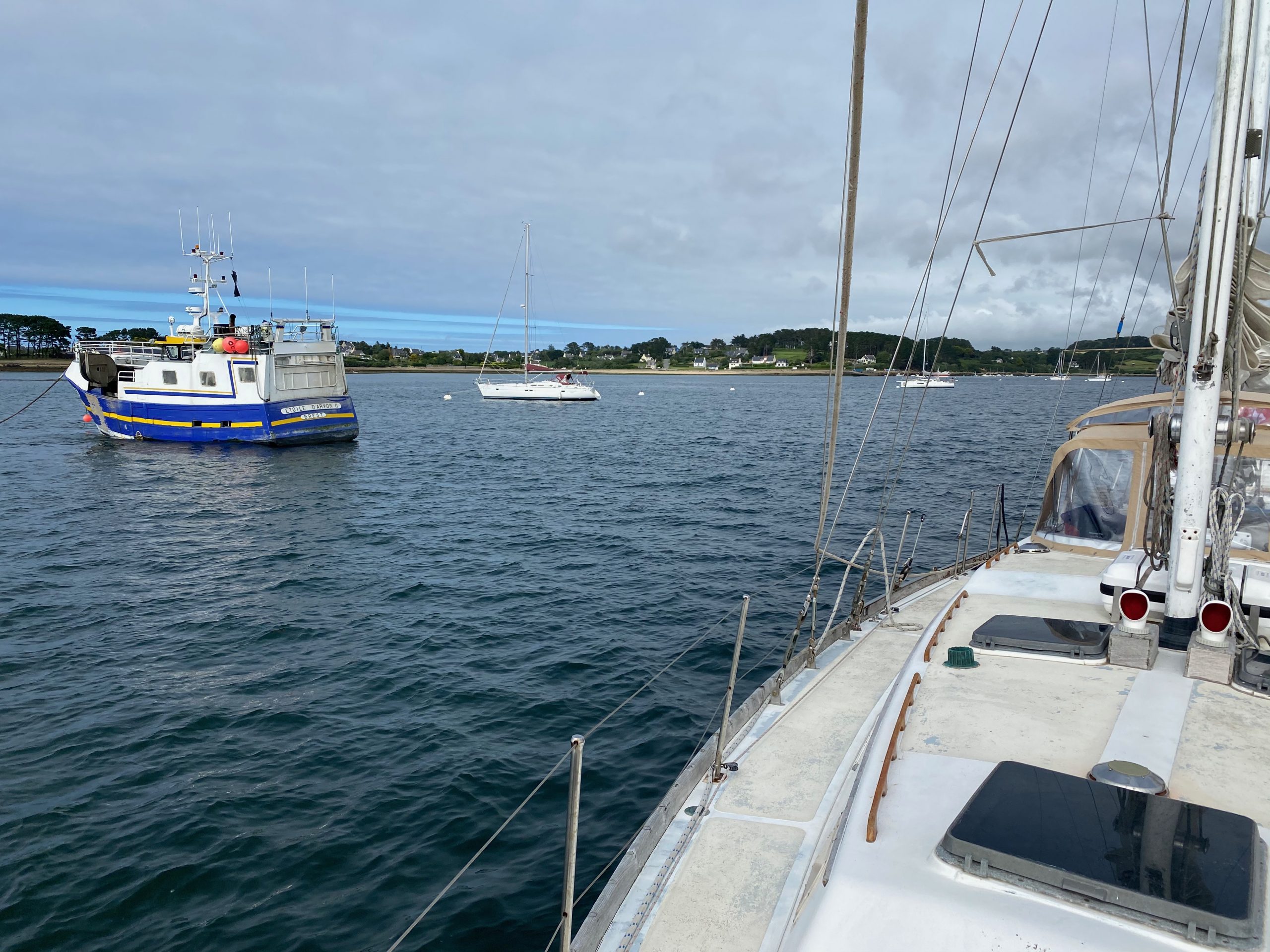 Hooray! What looked like France did indeed turn out to be France and we’re now safely moored in the little harbour of L’Aber Vrac’h (spelling may vary according to season) close to the north-westernmost corner of Brittany. It took us 21 hours from the Isles of Scilly and passed mostly uneventfully with the odd lumpy bit during the night before the wind dropped after dawn and had us ambling along at a leisurely 4 knots for most of the day instead of our usual 6.

We’re now unwinding in the cockpit with something bubbly before venturing ashore for our first visit to another country since February. Let’s hope we remember enough of our schoolboy French to be able to order dinner, Jose has his heart set on some local seafood but can only come up with “deux baguettes s’il vous plaît” so far.