Going north to the South

Confusing as today’s title may be, Florida is apparently not really considered to be a part of the Deep South, so by flying north-west I ended up in the South, if you see what I mean. Atlanta, to be precise, the capital of Georgia, and home to my father (Andrew) and brand-new step-mother (Sheamalla), along with cats Bon Bon and Shadow.

They picked me at the airport on Friday evening (minus cats) and whisked me off in the general direction of a veggie restaurant that serves fresh jazz with the food. On being informed by yours truly that jazz makes me feel like slashing my wrists they switched smoothly to Plan B, and we had a very pleasant meal at a different restaurant, also veggie but no jazz thank goodness.

I couldn’t believe how quiet their house was, being out in the suburbs and surrounded by trees. Apart from an occasional bird it was as still as a morgue so I slept like the dead, and rose a bit like them too in the morning, although a couple of coffees soon sorted that out. 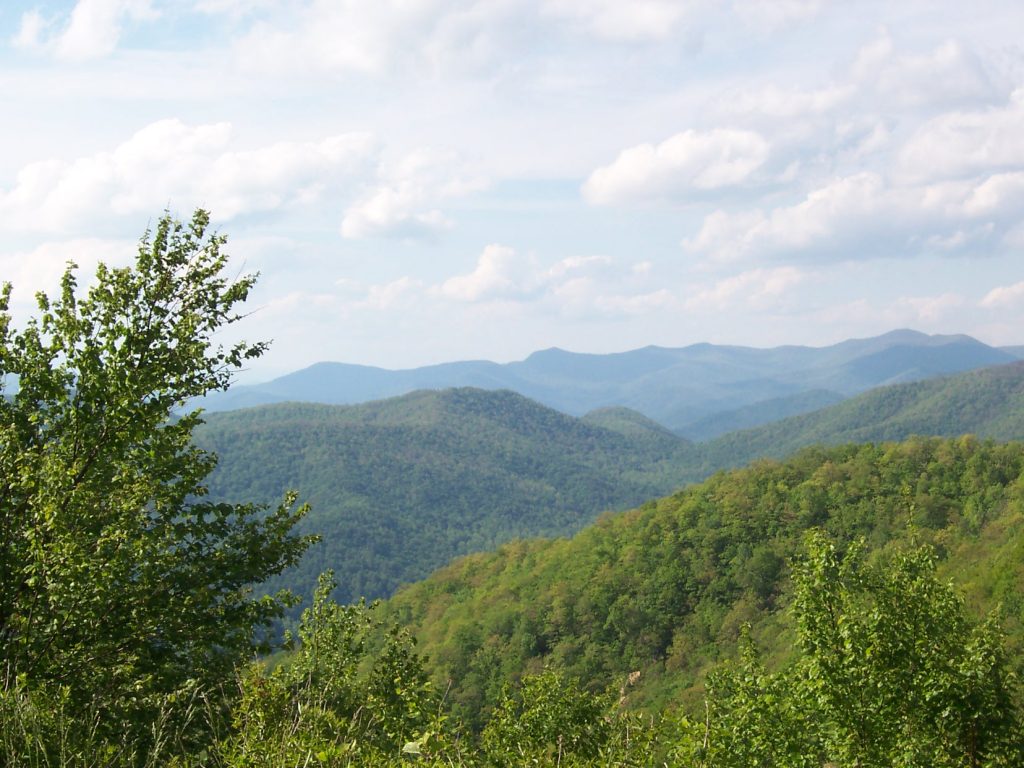 We spent Saturday afternoon driving through the Georgia hills until we reached the start of the Appalachian Trail, which runs all the way up to Maine, some 2000 miles to the north. I declined my dad’s invitation to start hiking and briskly got back in the car before he changed his mind, knowing full well that if he set foot on it he probably wouldn’t stop. My childhood contains rather too many memories of being dragged up and down mountains until I finally learned that if I screamed loud enough and refused to get out of the car then he’d usually give up and go on his own…

Anyway, safely back in the car we trundled up hill and down dale before arriving at a bizarre little village called Helen. For some unfathomable reason it’s an exact copy of an Alpine settlement with twee little Heidi-like hotels and cake shops, one of which we decided to test. Their cakes looked yummy and very authentic but we discovered that they’re actually fakes, and are all made out of the same kind of sponge. Probably like most of the village, I fear! 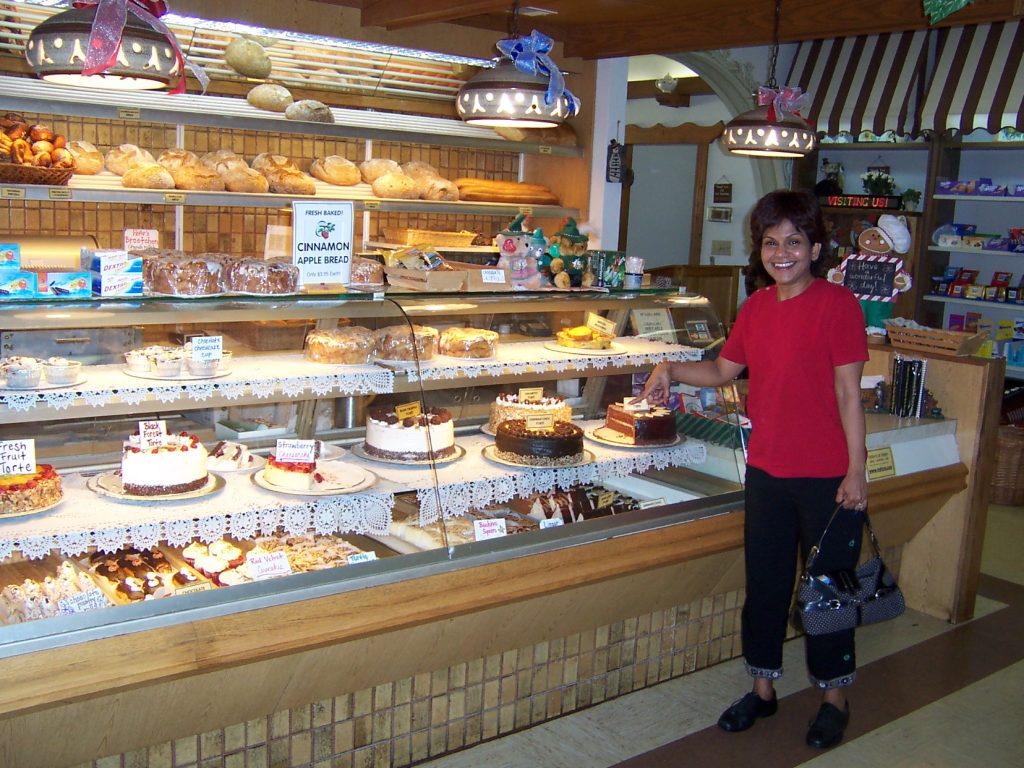 Sheamalla in the cake shop

Another peaceful night followed, and this morning we went for a jolly nice brunch in a funky little cafe before I hopped on a train to the airport. Just before I left, Sheamalla gave me a Native American lucky charm brooch which I can add to my Saint Christopher (from Ant) and Maori fish-hook (from Reg), all of which are intended to protect sailors at sea. Let’s hope they work, and don’t cancel each other out.

Back in Fort Lauderdale I spent a most enjoyable evening at the Voodoo Lounge trying to see how many beers it’ll take to make me wobble but not fall down, while prancing around to funky house. Needless to say my nice new white outfit (for it was a White Party) was filthy when I got home, but for once I managed not to get grubby knees as I usually seem to when I go out clubbing. Very odd!