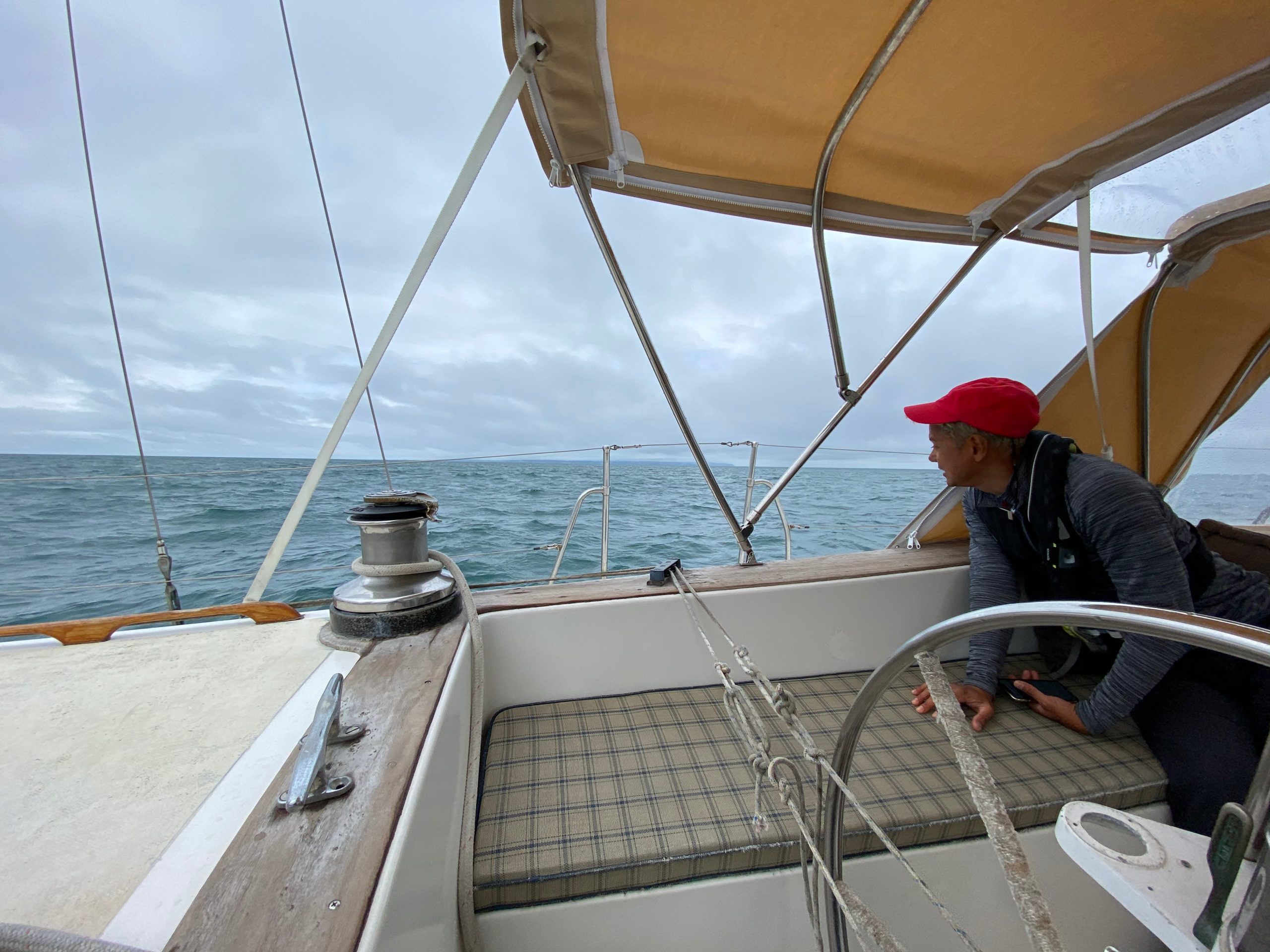 We had a pleasant night anchored off Grande Ile until the wind came round to just south of west in the middle of the night rather than the northerlies that had been forecast. This made the anchorage a bit rolly and woke us up earlier than planned but at least it meant we got away on time.

We set off in a northerly direction and passed to the east of Jersey (which you can just see in this photo) around lunchtime. We had hoped to visit the Channel Islands on this trip but they are all still imposing a 14 day quarantine for visitors so we’ll just have to sail on by.

We had originally planned to stop for the night in Diélette but due to the late evening high tide it would have meant anchoring to wait a few hours to enter the marina. In the fresh westerly wind that would be uncomfortable so we decided instead to press on towards Cherbourg.

That makes this leg equivalent to crossing the English Channel at around 70 miles. We’re making good progress but will soon have a foul tide until at least as far as Cap de la Hague. Hopefully by the time we get there it will have passed the peak rate of around 5 knots otherwise it’ll take us a long time to claw our way around the corner!