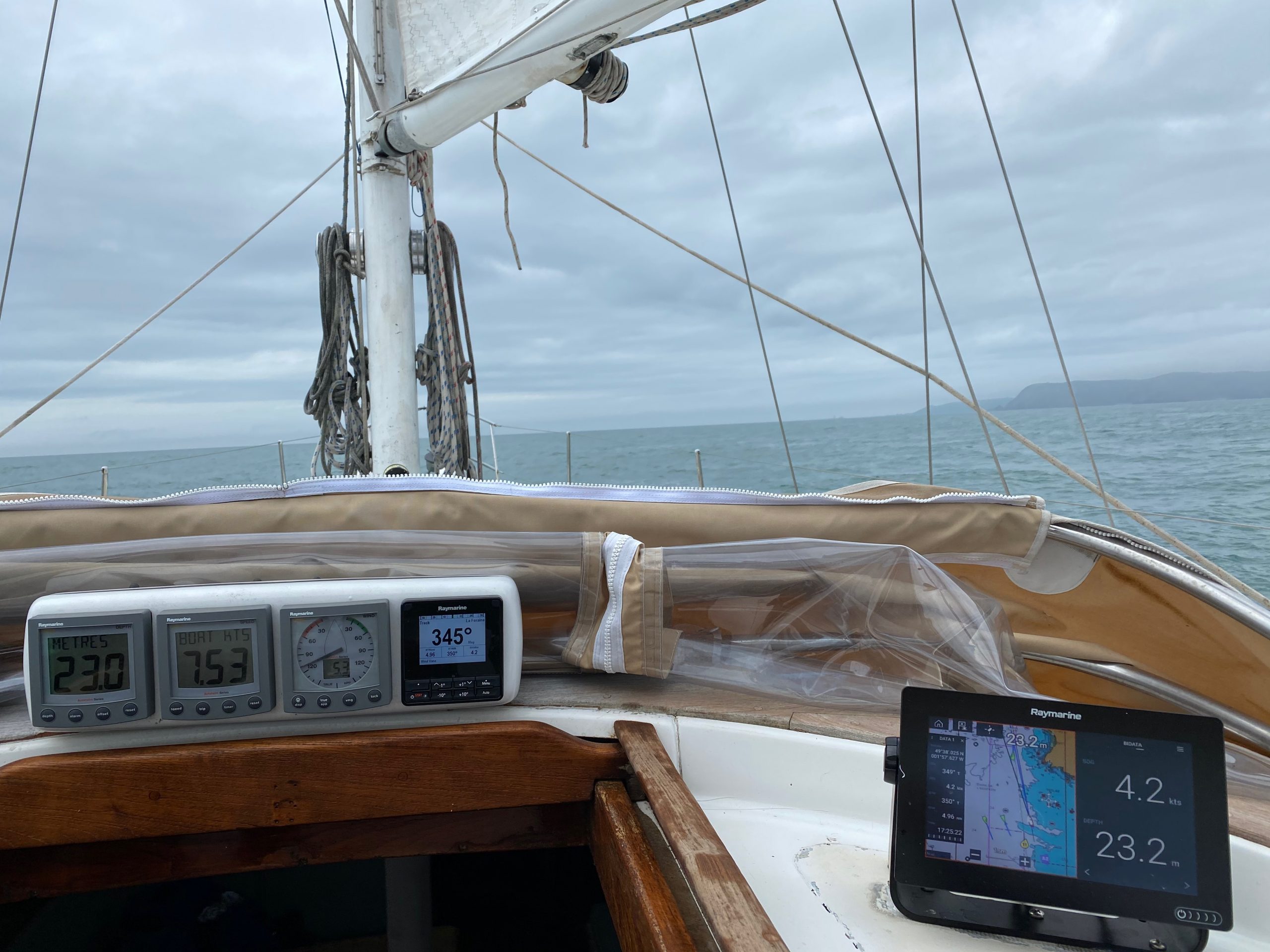 As we approach Nez de Jobourg on our way towards Cap de la Hague we’re starting to feel the effects of the Alderney Race surging past us to the west. The foul tide is creeping up in speed and has now passed 3 knots so even with a boat speed of 7 we’re only doing 4 over the ground.

Normally we’d plan to be going with the tide rather than against it but a change to the forecast conditions have persuaded us to press on to Cherbourg despite the inevitable slow crawl around this corner of the coast where tidal streams can run at over 6 knots. We may well end up going backwards at some point!